THE WORLD OF SHADOWS

This place has very little to do with the world as we know it. Vampires Werewolves, Specters, and Demons are all real. The world is dark, twisted, brutal, and gothic. There are schemes and secrets everywhere. The true powers are those that thrive in the shadows. Surviving is an art and not at all guaranteed, even for Vampires.

The only reason humanity lived this far is numbers. The Vampires try to hide their existence from the world as to not draw undue attention. Attention gets you killed. Hence a council was established a long time ago to uphold the carnival, the thin layer of deception, and secrets that keep the vampires safe. Only some of the many vampire lineages submit to the authority of this council: The Beautiful, The Grotesque, The Highborn, The Mad, The Sorcerers, The Untamed, and the Warriors. The rest claim independence. But even they can appreciate the usefulness of the carnival from time to time.

It is best to keep your head down and not be noticed, but when did that ever work for long? Journey into an abyss of the afterlife, un-death, and blood.

This game is a homage to a certain other game of Vampires and I hope you enjoy the darkness within. It is a complete game and contains everything you need to play beside some friends, pen, paper, and dice.

Compared to core minimald6, Fangs adds a "Coterie" for the player characters, the group itself has traits that could be used for or against them. There are of course also rules about the monster inside, powers, and the use of blood. Everything a fledgling vampire needs to grow.

Page Background based on work by WebTreatsETC 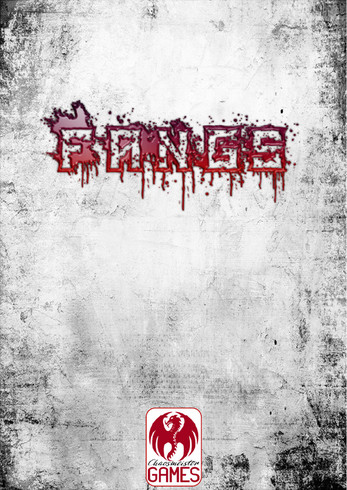 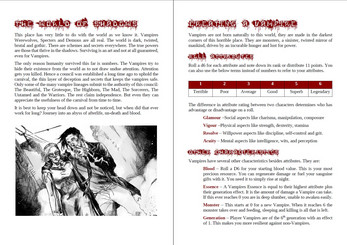 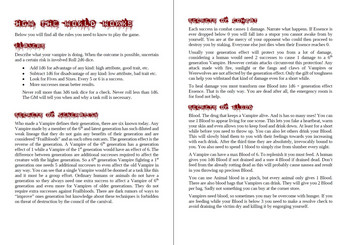